To facilitate predictions about cognitive workload while driving, we used ACT-R to investigate the interactions of two cognitive concepts while driving. We present a multitasking model that performs a driving task in different driving conditions while performing a secondary working memory task. We developed two models\ One that implements a central bottleneck at the central processing unit and a second model that additionally implements a bottleneck in the problem state of ACT-R. We compare the behavior of both models with human data in different driving and workload conditions. On top of different driving conditions, we show predictions of the model when working memory load is manipulated using a secondary task. By evaluating the behavior of the model, we conclude that a central bottleneck is insufficient when attempting to explain the interaction of cognitive load and driving difficulty. Instead, a bottleneck in the problem state can account for the differences in driving behavior between driving conditions and between working memory load levels. 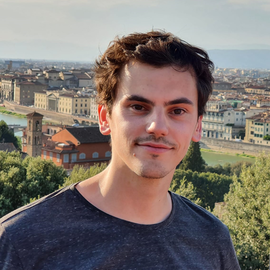